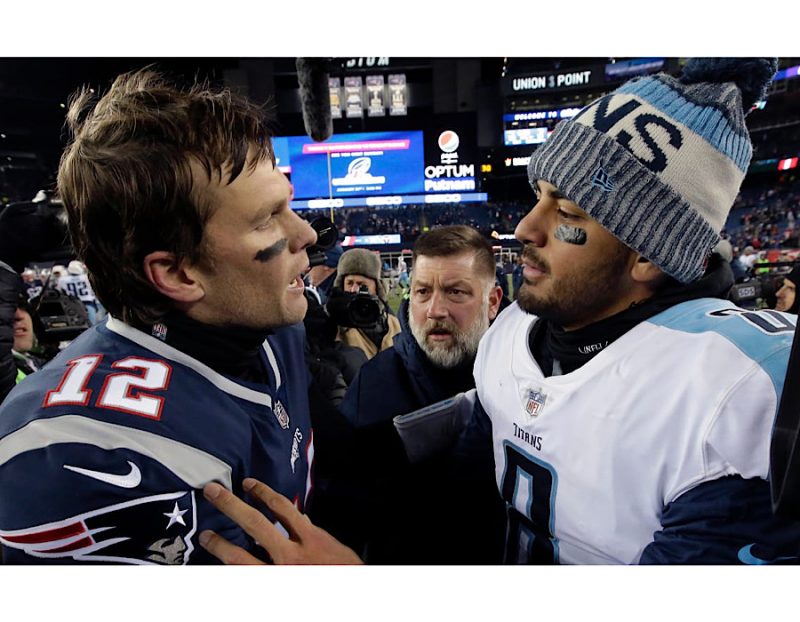 Where Tom Brady should, and will play quarterback in 2020 has been a hot topic of discussion since the 2019 season ended. One Hall of Fame quarterback turned commentator believes that TB12 should avoid going to one of the league’s strongest divisions and avoid playing the champions twice next season, choosing instead to join a weaker division, giving him a clearer path back to the Super Bowl next season. In a twist of fate it appears that the team Tom Brady may join might lost their current quarterback to his old team in New England … but the question is, does anything of this make sense for either player or either team?

Speaking on Thursday at the NFL Combine, Hall of Fame quarterback Kurt Warner addressed the rumors linking Tom Brady to the Los Angeles Chargers and the Las Vegas Raiders: “I still don’t look to go to the Raiders or the Chargers and have to compete against Patrick Mahomes and the Chiefs twice every year just to win my division.  I don’t want to have to go through the other great quarterback in the AFC right now twice a year and then possibly have to be the wild card.”

Warner offers another AFC team that might suit TB12 better, “I probably look at a team like the Titans, and I say to myself, ‘Well, they were right there last year, and they’ve got some pieces we can build off of.’ That’s probably, in my mind, the best situation of those three that I’m hearing about.”

The idea of Brady going to Tennessee makes sense on a lot of levels, one of which is their head coach Mike Vrabel played in New England from 2001-08 as teammate of Brady with the Patriots.  Also, with Marcus Mariota and Ryan Tannehill both likely to become free agents, and the Titans poised to make noise in the AFC South, bringing in Brady while also bringing back running back Derrick Henry could make them the favorite to win the division.

In a interesting twist, New England is reportedly on the list of teams that would be interested in signing Mariota if/when Tom Brady left their for another team or retires, making this game of musical quarterbacks even more interesting once the NFL new year begins and players can start talking to other teams about contracts. Brady, of course, is nothing like Mariota in the pocket, with the former never likely to run the ball when under pressure, while the latter has been known to escape trouble and gain yards with his legs as much as with his arms.

Would Marcus Mariota want to replace Tom Brady in New England, and would Bill Belichick replace Brady with a quarterback considered a bust by many in the National Football League?  Rumors earlier this off-season was that the Patriots (Belichick) would love to have Andy Dalton on their team if Brady leaves, making the acquisition of Mariota, at least to me, even less likely … but in the game of musical quarterbacks, sometimes who lands in a certain chair is not be design, but caused by who else is moving when the music stops.

I can see Tom Brady going just about anywhere he deems he can win another ring, even if it is in Tennessee; and having someone he knows as their head coach probably helps their cause to land him if both sides would be interested.  Mariota to New England, don’t see it happening; but this is the NFL, where the battles of the season can often create unexpected pairing.

The post Could Two Quarterbacks Trade Places In 2020? appeared first on TOOATHLETIC TAKES.